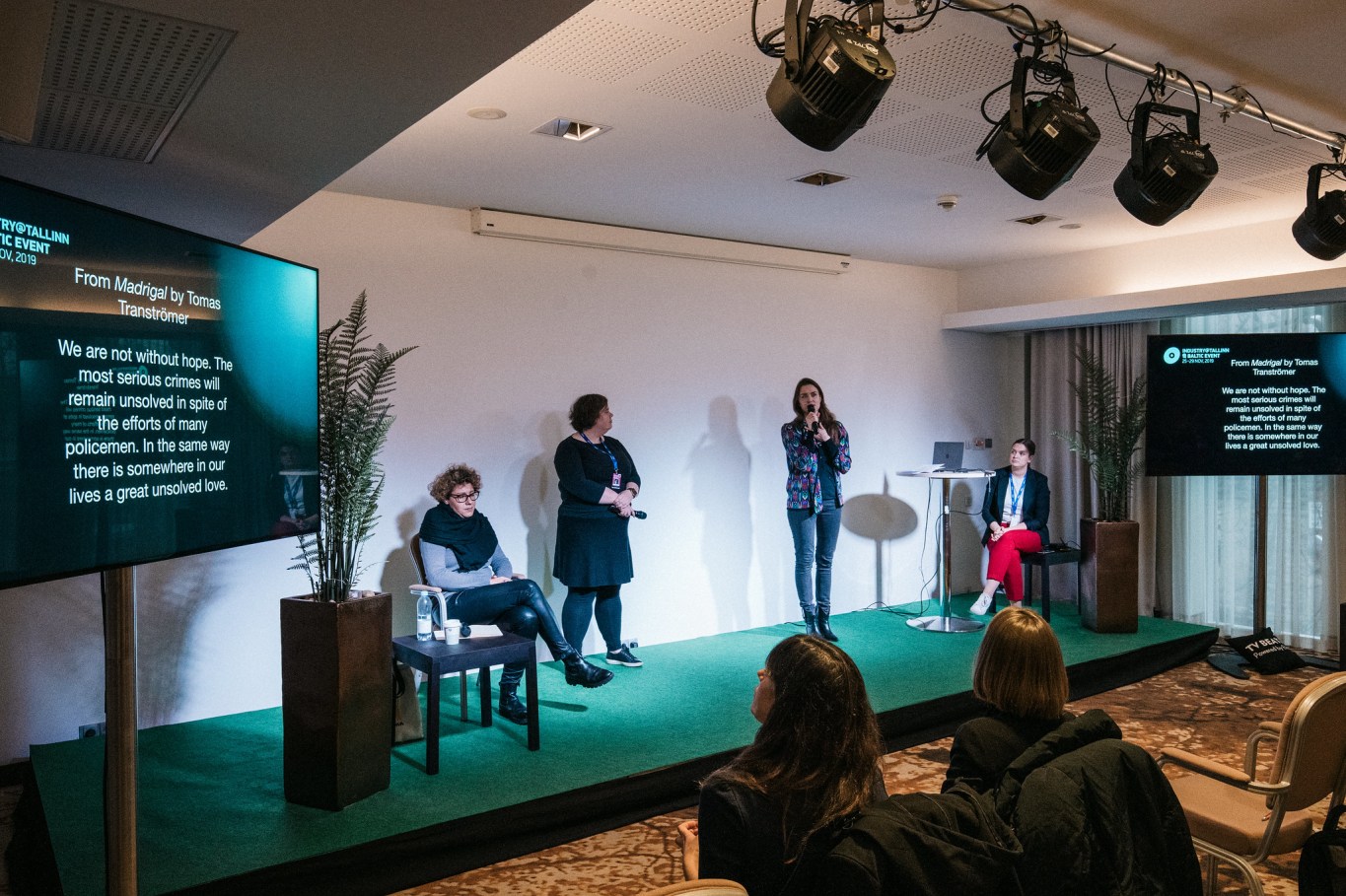 Script Pool Tallinn is an international script competition for film, TV and drama series scripts. Its main goal is to gather talented scriptwriters with producers attached.

In order to provide them support enhancing the script and maximising its production and distribution potential the participants get to work together with well-known script doctors and pitching mentor. Each project will have the chance to pitch their story to a top specialist of the field and get one to one feedback.

The main award of 5000 Euro prize is given to two writer-producer teams – one for the outstanding script in film and one in TV series category.

Since 2018, Industry@Tallinn is partnered up with MIDPOINT TV Launch, a training and networking platform with the aim to strengthen the creative collaboration between writers, directors and producers in the development process in Central and Eastern Europe.

Script Pool Film and TV Award for is given to an outstanding script in Film and TV series category (a 5 000 EUR).

Comment from the jury:
We were enchanted by the world writer/director Estibaliz Urresola Solaguren created in this poignant and personal journey of young Lucia making the biggest decision of her life during a hot summer holiday in rural Spain. We were especially impressed by Solaguren’s characters and her strong vision of the story, it’s allegories and it’s setting. We hope that winning the Black Nights Film Festival Script Pool 2020 prize helps this project to advance from development to production and we look forward to seeing it in competition at major film festivals in 2022!

Winner: When You Fall
Scriptwriter: Biljana Crvenkovska
Production company: OXO Production. North Macedonia
Comment from the jury:
The creators of the winning project have meticulously researched the world in which their story is based, immersing themselves deeply into this world that they want to create, and bringing a unique local viewpoint, while also weaving in themes that will resonate beyond their own borders.
They have put a lot of thought not just into the story that they want to tell on the page, but into how they might better reach their intended audience online and make them fall in love with the characters, whilst also making an impact on their lives for the better.
Crucially, we were also delighted to see some diversity in the characters, which was woven into the plot in a very natural way.
Finally, we felt that the writer and producers’ passion for their subject matter leapt off the page, creating a show that hooks you from the beginning with intriguing believable characters and a layered mystery that is slowly unpeeled across the series.

The juries for both categories – film and drama scripts – include acknowledged experts in the film and/or drama field. 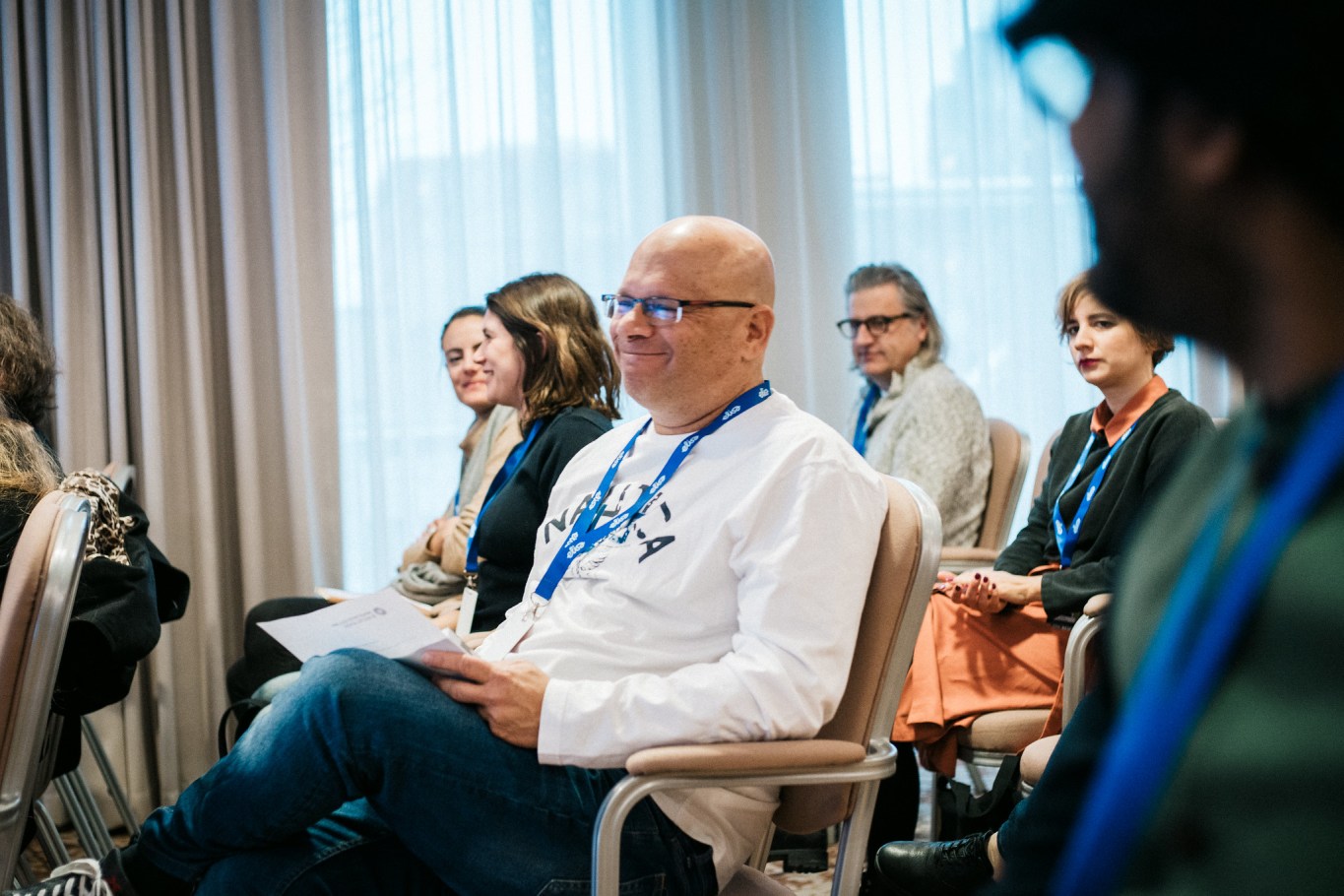 Public workshop in "Don't Sabotage You Own Film"

Don’t Sabotage Your Own Film! public workshop with Deborah Rowland (open to all festival attendees) for filmmakers took placeon the 24 November 2020. Deborah talked about the biggest mistakes she sees filmmakers make when preparing their film for release. She also showed how to avoid them and give your film the best chance of success when it comes to marketing and distribution.

Rowland runs We Are The Tonic, an entrepreneurial marketing and distribution consultancy, delivers an MA in Marketing, Distribution, Sales and Exhibition at the UK National Film and Television School, and is an Honorary Fellow of the University of Exeter. Previously she has held senior positions at Koch Media, Curzon Artificial Eye, Twentieth Century Fox, Disney, Icon Film Distribution, Contender/EOne and The Pearson Group. Rowland has managed the campaigns for hundreds of films, including: A Separation, Amour, Melancholia and We Need To Talk About Kevin.

Script Pool Tallinn has been an important stepping stone for several projects. Just recently it was announced that Shonali Bose, the winner of Script Pool Tallinn in 2017, has finished her film The Sky Is Pink and it will have its world premiere as a gala screening at the Toronto International Film Festival in September. The film’s co-writer is Nilesh Maniyar, who presented the project in Tallinn – both of them also co-directed and wrote Margharita With A Straw, that received the best actress award at Black Nights Film Festival in 2014. Other past participants include Andrea Pallaoro (director of Hannah) and Aleksandr Kott.

Jury comment: With its authenticity, current, relevant, subject matter and sense of humour, the nicely-shot Brownie is a film about appearance that digs deeper into many other levels and deserves international distribution.

The Deep also received a The Hypewriter Award – an official invitation to the following year’s final eight to the Hypewriter International Series Pitch Forum in June 2020 in Budapest. The winner’s pilot episode will receive € 110 000 production support.

The selected projects 2019 for the TV drama category

Jury statement: For the craft and cinematic vision in creating a fascinating modern-day noir, the award goes to “Man of Deeds” by Radu Romaniuc. We were particularly impressed by the well-developed and diverse characters, who create a complex mirror of today’s society, and by the ability to mix dark humour and deep moral conflicts, and to build up tension in revealing the dark truth hidden behind a seemingly peaceful landscape.