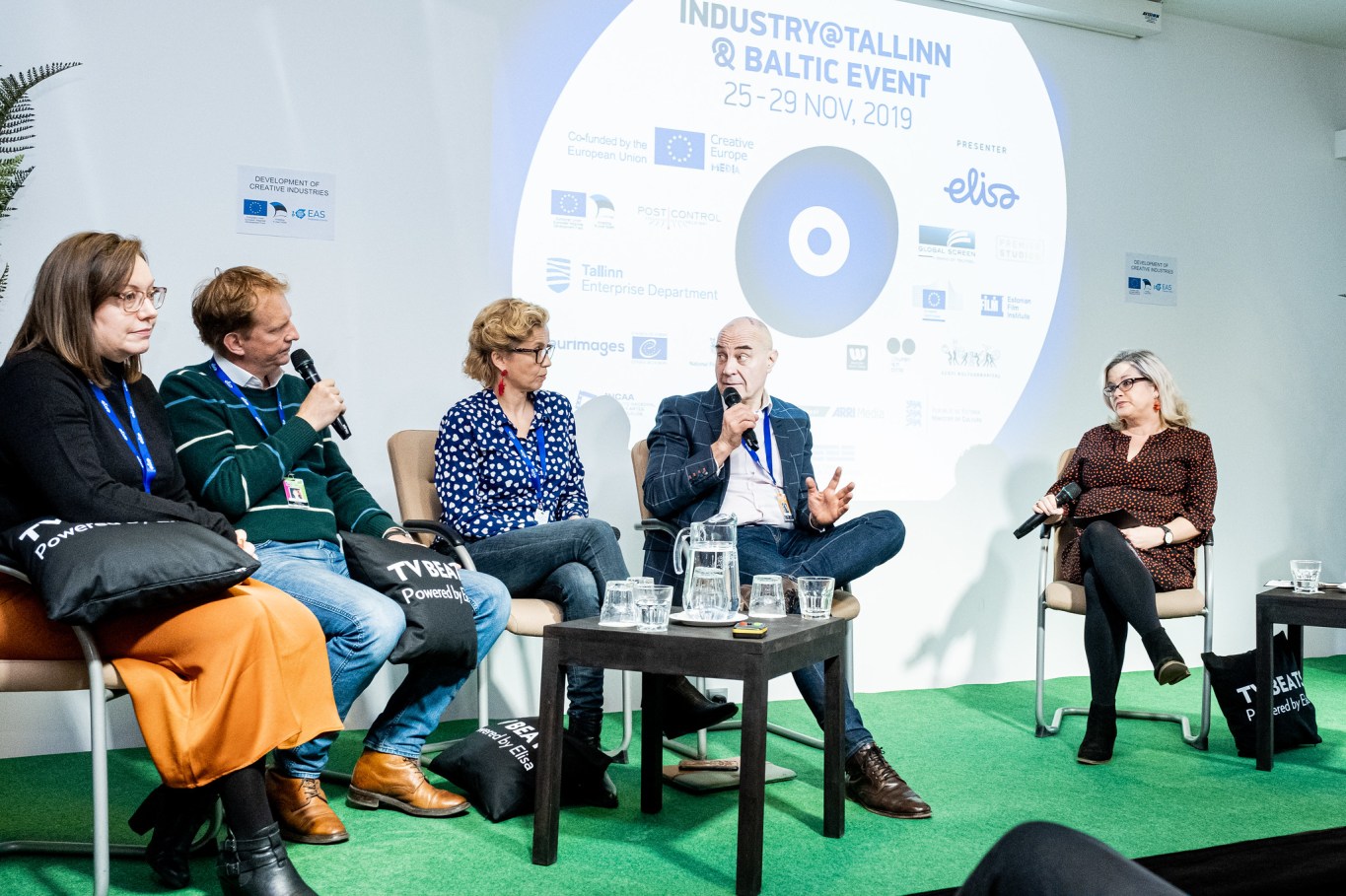 TV Beats Forum, a part of Tallinn Black Nights Film Festival is the newest addition to the Industry@Tallinn & Baltic Event conference. The forum reacts to the real demand of the industry as a drama series’ market takes over and the need, for content by global streaming platforms increases. Local stories can travel universally as language barriers are no longer a problem and authenticity rules over generic and universal.

TV Beats Forum is the place to meet the key international players in the region. Starting from small steps from 2018, with a one-day programme, we have an aim to build a drama series co-production market in the coming years. The forum’s prime objective is to inspire and facilitate the entry of regional producers and service providers into the international series co-production industry. With this in mind, TV Beats Forum explores global success stories from multinational productions. Scriptwriters, directors, composers, producers will share their experience as well as tips and tricks for creating a successful drama series. During the event, participants get a comprehensive overview of industry trends and are invited to attend a range of masterclasses. The organisers also make the best of local original formats available by presenting a catalogue of the most successful works.

How Has COVID Impacted Global Production? // Leading analytics company Ampere Analysis shares new research about how the pandemic has influenced film and TV shoots in Europe and beyond in 2020, and what the forecast is for 2021. Guy Bisson, Research Director, Ampere Analysis

Producers from across Europe discuss how they have had to adapt their productions to meet pandemic safety measures, as well as how they have found new solutions to financing and co-producing in 2020 and beyond. What are the practical measures that producers should follow to shoot safely in this new era? Riina Sildos, founder, Amrion Productions; Peter Possne, Head of Production, Film i Vast, Gareth-Ellis Unwin, Head of Film and Animation, ScreenSkills UK. Moderator: Wendy Mitchell

Presentation of the nine graduating projects of the TV Launch 2020 program, the so-called “Season Finale.” This session will introduce exciting series in development coming from Central and Eastern Europe, which have gone through intense training in the past few months under the mentorship of renowned tutors and experts. Moderator: Katarina Tomkova

Presented for the third year, Script Pool Tallinn presents the pitches of five hot TV projects that have been nurtured in partnership with MIDPOINT.

What are the latest trends in female representation in films and TV; where are the bright spots and what work still needs to be done? Madeline di Nonna, CEO, Geena Davis Institute, in conversation with TV Beats moderator and co-curator Wendy Mitchell.

Filippa Wallestam, EVP & Chief Content Officer of Nordic Entertainment Group (NENT) discusses the trends for female-led content in Sweden and the Nordics, as well as what kinds of projects NENT is championing. Filippa Wallestam, NENT

Producers and broadcasters from Estonia, Latvia and Lithuania look at the strides being made for women in the local film and TV industries, and suggest the next steps to be taken. Pille Rünk, a producer at Estonia’s All Film; Eva Brazdžionytė, Women in Film and Television Lithuania, Arta Ģiga, producer, Latvia’s Red Dot Media; Monika Garbačiauskaitė-Budrienė, General Director, Lithuanian Radio and Television (LRT). Moderator: Wendy Mitchell

Experienced film and television lawyer Christoph Fey will guide the audience into the dos and don’ts of negotiations and communication with global streamers, explain how to manage expectations, to be aware of potential decisions and to follow best practices. Christoph Fey, Co-founder and Attorney, Von Have Fey

We go behind the scenes of hit German spy series DEUTSCHLAND 83 with the show’s producer and co-creator Jörg Winger. He will talk about lessons learned from the show’s screenwriting and production to its global release. Jörg Winger, creator of Deutchland 83. Moderator Tom Grater, International Film Reporter, Deadline.

Producers and showrunners of Russian TV series – adaptations of internationally acclaimed Scandi Noir series, and Russia settled TV series acclaimed abroad, and Scandinavian TV producers and showrunners discuss the most efficient possibilities of cross-countries collaboration. There are several adaptations of Scandi TV series in Russia but there is no one co-production. Even TV series which includes Russian elements in the story (for example, Finnish “Sorjonen”) are not made in co-production. Is it too complicated for the producers or is not efficient? Lars Blomgren, Head of Scripted EMEA, Banijay; Matti Halonen, Executive producer, Chairman of the Board, Fisher King; Piodor Gustafsson, Head of Scripted for the Nordics and Baltic, TV4 Media; Yulia Sumacheva, Executive producer, WeiT Media; Irina Sosnovaya, Producer, Showrunner, Yellow, Black and White

Russia’s booming independent studios will talk about production in Russia and best practices to co-produce with Russia. Also, they will give an insight to fresh titles from their slates including SHERLOCK: RUSSIAN CHRONICLES and PSYCHO. Alexey Kiselev, Producer and Cofounder, Rentavideo; Irina Sosnovaya, Creative Producer, START, Yellow Black & White 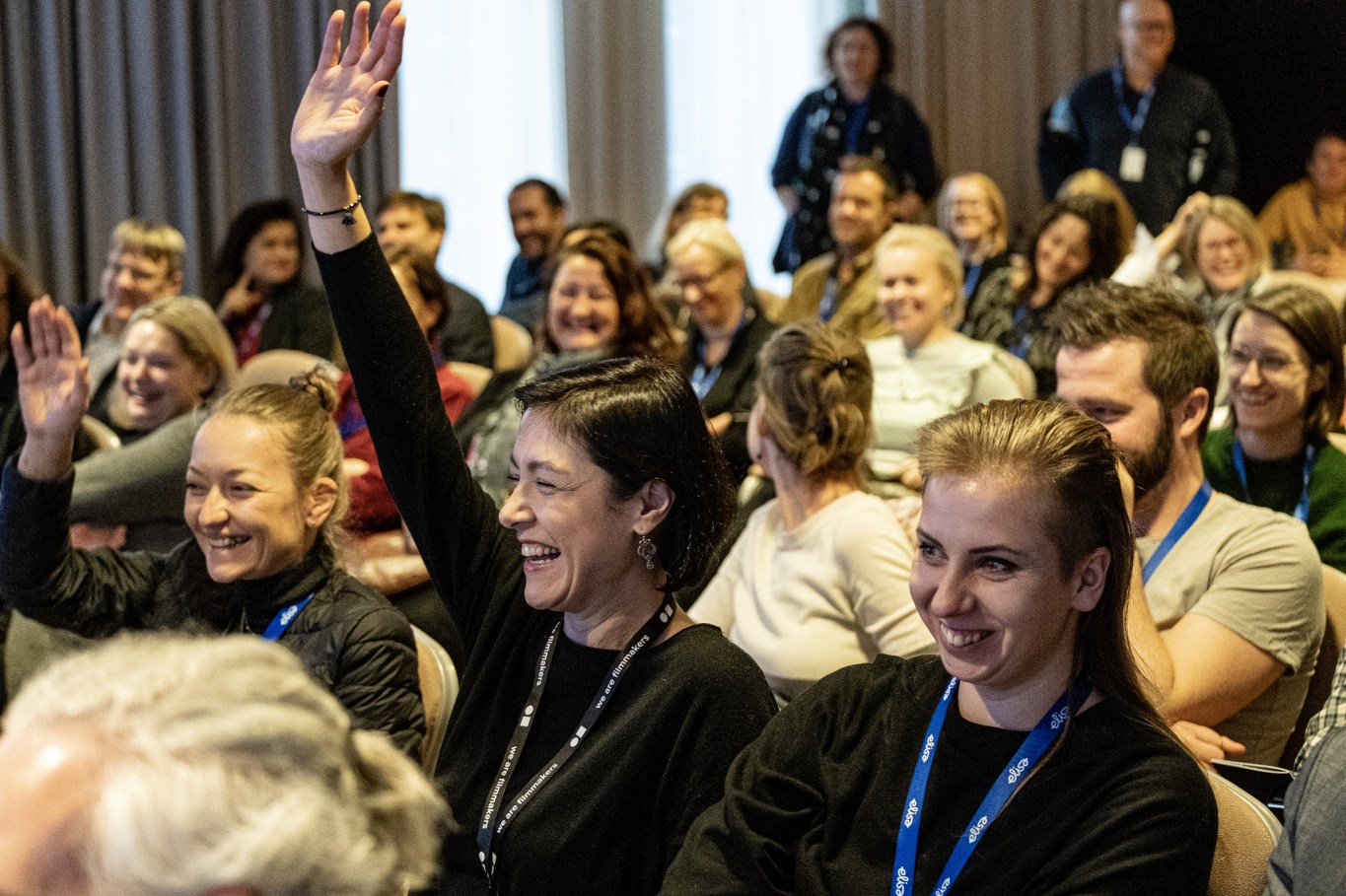 In 2019 TV Beats Forum took place for the second time including various discussion panels, keynote interviews, presentations and workshops, as well as crossmatching events with other Industry@Tallinn activities. The two-day event was moderated by Wendy Mitchell and Kathleen McInnis.

Global media consultancy K7 Media will unveil their new report on the latest trends in global drama from the perspective of European producers. This keynote presentation will showcase some of the hottest dramas from Europe, and identify recent co-production and partnership models across the region. Girts Licis (Head of Strategy, K7 Media)

The panel focuses on the importance of a story over visual effects and explores the work of scriptwriters and directors of the series by focusing on the rights and obligations of both sides. Nikolaj Scherfig (screenwriter), Moderator: Wendy Mitchell

Leading communications company Elisa unveils its new spy thriller Reetur, which is the first Estonian original VOD series produced by Elisa. With this series and others, how is Elisa impacting the market in Estonia, Finland and beyond? Martin Algus (Writer), Toomas Ili (Head of TV Content Acquisitions, Elisa), Toomas Luhats (Head of Acquisitions and VOD, ERR), Moderator: Wendy Mitchell

Music publishing and synch licensing expert Prof. Dr. Christian Baierle lays out the world of licensing, agreements and contractual contexts that are relevant for film and TV composers and film production music departments alike.
This session will explain the various licensing concepts for music in film and TV and will tell the audience what works, how to license smart and how to avoid risks and how to even gain back from licensing costs. There will be a strong emphasis on production music and its value for both composers and film production companies. Prof. Dr. Christian Baierle (CEO of ROBA Music Publishing) Moderator: Michael Paert

With a vast range of visual styles and cultures within the film industry, the understanding of “nationality” within a film score often results in a generic approach. Finish composer Jussi Jaakonaho explores this nuanced thought process – often overlooked, and discusses how much local flavour a film score can tolerate. Moderator Michael Paert.

How has this leading channel evolved since its beginnings and what does the future hold? How do National Geographic executives see the future of non-scripted factual series and science programmes? Sille Ruus (Marketing and PR manager for Baltics, Fox International Channels) Moderator: Kathleen McInnis

A look at how European and international TV series are being financed in 2019 and beyond, and why co-productions are essential. How is the rise of the platforms impacting TV financing and production? Marike Muselaers (Co-CEO; Lumier) Moderator: Wendy Mitchell

*In collaboration with Music Meets Film

A look at how shooting in the Baltics offers low cost and high efficiencies. The presentation about successful TV dramas from Lithuania, Latvia and Estonia will be followed by the launch of a new print publication about working in the Baltics. Ilmar Raag

The tiny nation of Iceland punches above its weight in the creative industries, and TV drama is the latest sector to see an international boom. Leading Icelandic producer and production services company Truenorth discusses the changes in local TV production and co-production and offers a case study of the first Icelandic Netflix Original series, The Valhalla Murders, which will launch in January. Kristinn Thordarson (Head of Production) Truenorth David Oskar Olafsson (Producer and Director) Moderator: Wendy Mitchell

The groundbreaking HBO series Chernobyl has put Lithuania on the map in a new way. Lineta Miseikyte, the Lithuanian producer of the award-winning show, shares her experience and lessons learned from this international co-production. Lineta Miseikyte (producer, Baltic Film Services) Moderator: Kathleen McInnis

With the TV landscape changing rapidly month by month, what do the experts predict will happen in the next five years? What place will linear TV have compared to the rise of the platforms? How will this distribution evolution affect finance and production? How long can this golden age of scripted drama last? Lily Sheroziya (Marketing Director of TV-3 and PREMIER Studios), Benjamin Harris (Writer and Producer), Girts Licis (Head of Strategy, K7 Media), Laura Kuulasma (Executive Producer for Original Programming, Elisa Corporation, Acquisitions Executive, Elisa Viihde) Moderator: Wendy Mitchell

The Deep also received a The Hypewriter Award – an official invitation to the following year’s final eight to the Hypewriter International Series Pitch Forum in June 2020 in Budapest. The winner’s pilot episode will receive € 110 000 production support.

The selected projects 2019 for the TV drama category