Black Nights Stars, a program designed to support 6 selected young actors from the Baltic Sea region to promote their talent outside their home territory, will also offer a range of public workshops and events to other professional actors, producers and directors.

Claudia Landsberger, Head of Black Nights Stars Programme states that, as the new challenges in the film industry also have a significant impact on actors and casting crew, “Casting a talent to film has also moved online and actors now have to develop a whole new set of skills to present themselves in that world. It’s a new challenge, but online-casting is also a phenomenal opportunity for talents from different, underexposed regions to stand out.”

The programme of Black Nights Stars will focus on how to navigate a career in an online world. “As always, we invite acting professionals from the region to meet international casting experts and to participate at various panels and masterclasses. For accredited professionals we will introduce three topics – what casting directors can do for your project, securing cast and how to get the right actors for your project,” she adds.

Black Nights Stars programme is designed to support six talents from the Baltic Sea region. Those talents are selected by an international jury of esteemed casting directors and industry professionals, who will also conduct workshops, masterclasses and one to one meeting with the talents for relevant guidance. “There’s a huge, untapped resource of young talent in the region, so even our very experienced jury will have a tough time choosing. The Black Nights Stars 2020 will be announced shortly,” Landsberger says.

Magdalena Szwarcbart, has been assistant director and casting director on films directed by many Polish and international directors including Costa Gavras, Gonzalo Suarez, Michel Piccoli, Peter Kassovitz, Volker Schlöndorff and Steven Spielberg (Schindler’s List). Recent credits include Cold Winter (Pawel Pawlikoswki), and Gareth Jones (Agneska Holland), as well as Polish TV series Teacher (Canal Plus), In Treatment and The Pact for HBO. Her most recent film My Wonderful Wanda by Swiss director Bettina Oberli, premiered at the Tribeca Film Festival. Szwarbart has this year been selected as a member of the Academy of Motion Picture Arts and Sciences. 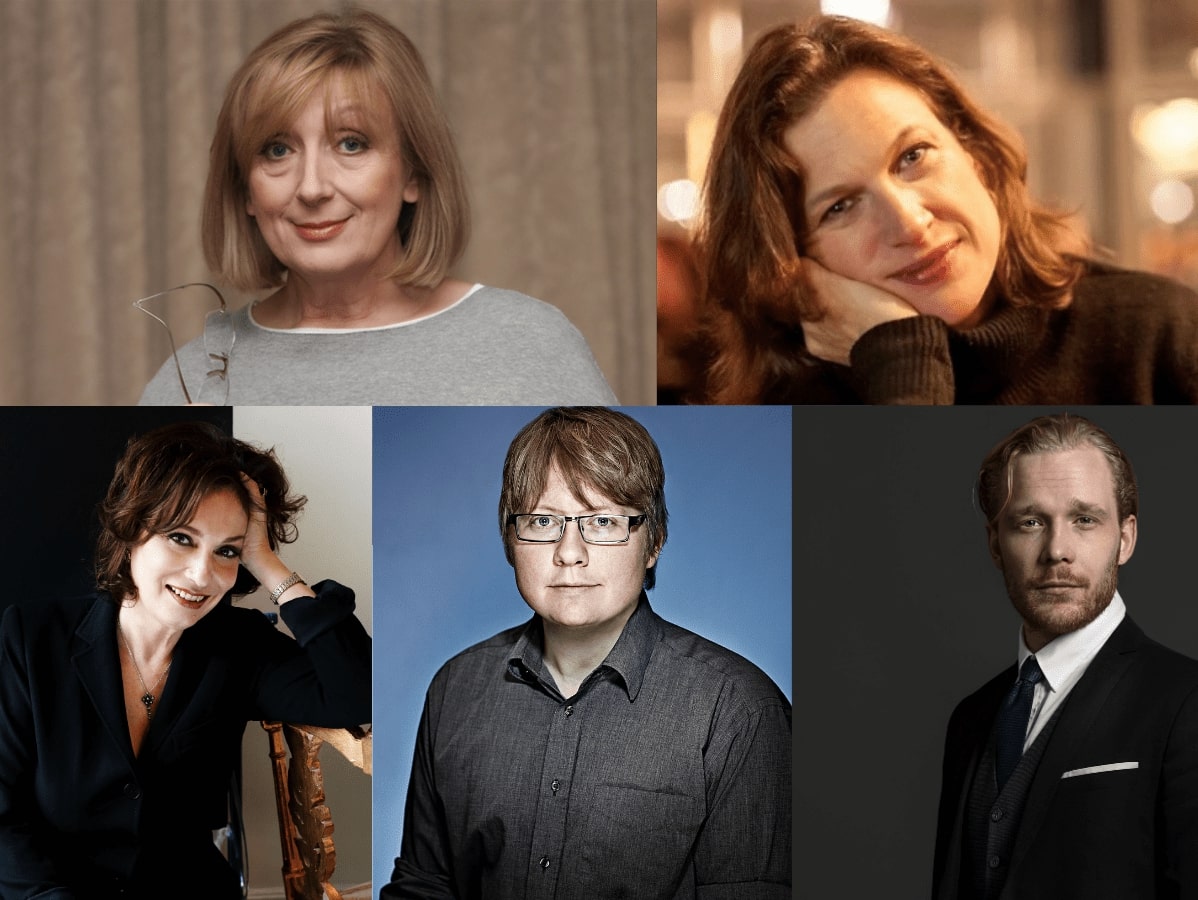 Nancy Bishop, is an American born Emmy-nominated casting director working internationally with active offices in both London and Prague. Recent highlights of her career include the upcoming The Liberator (Jeb Stuart, Netflix, A&E), The Romanoffs (Mathew Wiener, Amazon), Whiskey Cavalier (ABC/Warner Bros), and Knightfall (A&E). She has written books on auditioning, the most recent being "Auditioning for Film and TV”, published by Bloomsbury.

Lina Todd, is an American casting director who has worked for three decades on studio and independent films in the US, Europe, and China. In addition to her casting work on films such as Peter Weir’s The Way Back, Nicholas Nickelby (Douglas McGraft), Little Man Tate (Jodie Foster), A Good Day to Die Hard (John Moore), and Crazy Alien (Hao Ning), she partnered with Variety’s 10 Actors to Watch to showcase such actors as Jessica Chastain, Alicia Vikander, Adam Driver, Alexander Skarsgard, and Emma Stone. Currently she is casting the renowned artist and filmmaker Shirin Neshat’s new film Land of Dreams, starring Matt Dillon, Minnie Driver, and Isabella Rossellini.

Michael Rosser, Contributing Editor at Screen International, has spent nearly 20 years covering film and television, from writing in-depth industry features and breaking news stories to interviewing A-list actors, directors and international talent, from Quentin Tarantino and Martin Scorsese to Denzel Washington, Danny Boyle, Edgar Wright and Steven Spielberg. Working for Screen International, IMDb and Broadcast magazine, he has covered every major film festival, as well as the Oscars, Emmys and BAFTAs, and moderates Q&As and panels at events around the world.

Pääru Oja, from Estonia, was himself selected as a young actor for the Black Nights Star Program in 2018 and last year as a Shooting Star. Pääru started his career at a young age on stage and has already been successful in various Estonian films such as Mihkel by Ari Alexander Ergis Magnússon and recently completed filming on the series Cold Courage, and has the lead role in Veiko Õunpuu’s upcoming The Last Ones, due to a release this year.