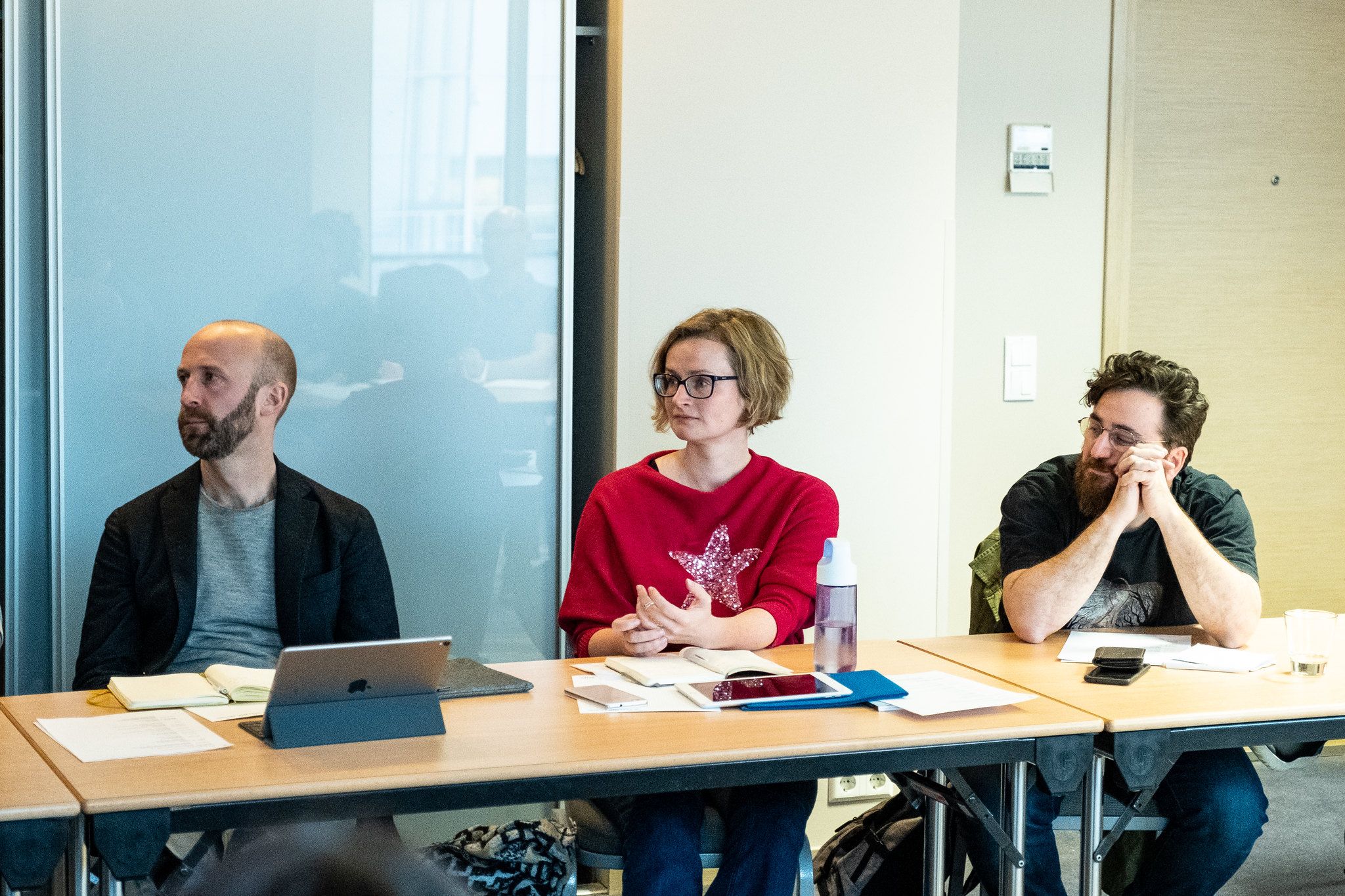 At the European Genre Forum Packaging Lab in Tallinn, teams of seven genre films will take a deeper look at the marketing and sales of genre films. The projects will be guided by film professionals from Coffee & Cigarettes, Stray Dogs and ARRI Media.

The case study will focus on the independent production Jesus Shows You the Way to the Highway by director Miguel Llanso. The film has already gained attention and positive feedback at several festivals for genre films.

Miguel Llanso’s second feature Jesus Shows You the Way to the Highway is an absurd sci-fi action-comedy. The project started as a no-budget film, and gradually grew into a co-production between Spain, Estonia, Ethiopia, Latvia and Romania. The film was partly financed via crowdfunding. The storyline introduces CIA Agents Palmer and Gagano, who are tasked with the mission of destroying a computer virus called “Soviet Union”.

Llanso, who is also employed as an associate professor at the Baltic Film, Media, Arts and Communication School, will focus on development and production with limited resources.

The European Genre Forum (EGF) is an annual training programme that tries to boost the careers of future European players in the genre film industry. In 2019 EGF consists of two talent labs – The Producers Lab in Zagreb and The Packaging Lab in Tallinn. At the two-day Packaging Lab in Tallinn teams will focus on developing pitching skills, followed by public pitching at the Industry @ Tallinn & Baltic Event.

Every year, up to eight films will be selected by the European Genre Forum. The projects participating in this years’ programme include Lemnos (France), Utopya (Switzerland), Tracking: The Cyprus Tiger (Cyprus), Hospice (UK), Mirror of Nightingales (Croatia), Naked Coast (Poland) and Children of the Gods (Serbia). From previous editions of EGF, taking place for the third time, a Finnish project Hatching has reached the production stage and will be finished by 2021. European Genre Forum is a pan-European project organised by Black Nights Film Festival from Tallinn; Imagine Film Festival from Amsterdam and the Fantastic Zagreb Film Festival.

Tallinn Lab is supported by ARRI Media. The call for projects for 2020 will open later in December.