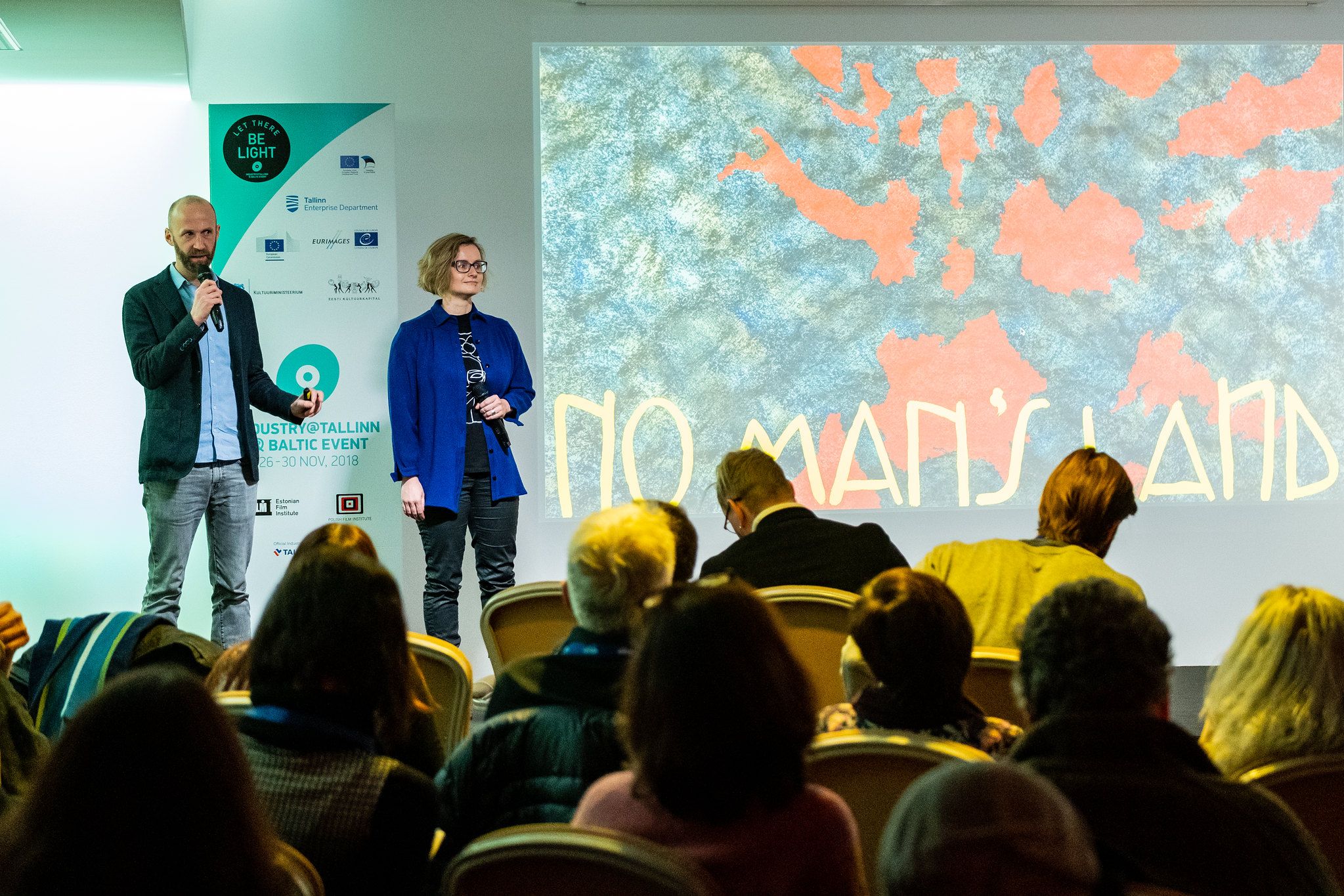 Script Pool Tallinn is an international script competition for film, TV and drama series scripts. Its main goal is to gather talented scriptwriters with producers attached, in order to provide them support enhancing the script and maximizing its production and distribution potential.

At the Script Pool Tallinn event five teams consisting of scriptwriters and producers will be competing in Tallinn at the open pitch on the 28th of November. The winner of the competition receives the prize of 5000 euros, provided by the leading international sales & distribution company Global Screen GmbH.

Triin Tramberg, Script Pool competition coordinator, comments: “We are happy to see that our relationship with directors are growing with the years and more and more filmmakers come back to Tallinn with their new films and new projects to set out into the big world.”

Feature directorial debut Transition from Artem Semakin, who is mainly known for being an actor and producer in Russia, but who brings out an interesting family drama mixing road movie and raising transgender issues.

IN THE BELLY OF A TIGER by director, scriptwriter Jatla Siddhartha

Siddartha Jatla returns to Tallinn after his directorial debut, Love and Shukla, written with his collaborator Amanda Mooney. Love and Shukla had its European premiere at Tallinn in 2017, and later went on to conquer audiences at festivals around the world before its release on Netflix. Jatla returns to Tallinn with his and Mooney’s intriguing new story, In the Belly of a Tiger. The film follows an elderly couple in rural India as they decide who will be killed by a tiger in order to claim government compensation for their family’s survival.

Molly is inspired by true events from 1960’s Soviet Russia, when an American defector and radio DJ broadcasts American pop music and propaganda into a top secret US military base which is buried under the ice in Greenland. Scriptwriter Nicole Paglia has written on Disney’s 101 Dalmation Street, story edited on The Amazing World of Gumball, and is currently developing a number of TV series. Producer Jessie Mangum’s film Looted will have its world premiere in this year’s Black Nights First Feature Competition.

Scriptwriter and director Ása Hjörleifsdóttir whose latest film The Swan gained a lot of attention around the world at festivals comes with her new project Reply to a letter from Helga – a beautiful yet painful love triangle set in magical Iceland.

DROPS OF WATER by scriptwriter and director Robert Budina

Robert Budina’s new project Drops of Water is yet again a strong drama this time focusing on the love of a mother and how far will she go to protect her family, especially when things aren’t as they seem. His last film A Shelter Among the Clouds, premiered in the Black Nights Film Festival’s Official Selection in 2018.

It is the first Estonian project in the Script Pool Film Competition. Melchior The Apothecary by well-known Estonian scriptwriters Elmo Nüganen, Olle Mirme and Kristian Taska is based on the best-selling novel "Apothecary Melchior and the Mystery of St. Olaf’s Church" by Indrek Hargla, and the original script created by the author.

Since 2018, Industry@Tallinn has partnered with MIDPOINT, a training and networking platform with the aim to strengthen the creative collaboration between writers, directors and producers in the development process in Central and Eastern Europe.

POWR Baltic Stories Exchange is a 4-day workshop that gives the up-and-coming Nordic and Baltic screenwriters an opportunity to present their projects and writing talent at the largest regional film market in Northeastern Europe.

Like last year, the workshop will be run by experienced tutors Valeria Richter and Helene Granqvist. Selected scriptwriters will present their projects on the 28th of November. It is an opportunity to hear the new voices and stories from the Baltic & Nordic film communities, and a voice from this year’s focus region Ireland.

THE BURLAKS by Gatis Ungurs (Latvia)

POWR Baltic Stories Exchange was launched by our region’s MEDIA Desks with the goal to bring forward the young talent of the Nordic and Baltic countries. Over the years, many participating projects have found a producer from the Industry@Tallinn & Baltic Event.