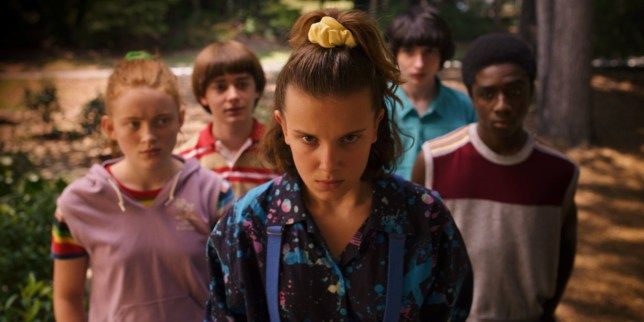 This year’s TV Beats Forum, taking place fully online on November 26-27, takes a closer look at how COVID has impacted global production. Guy Bisson, Research Director of leading analytics firm Ampere Analysis, shares new research about how the pandemic has influenced film and TV shoots in Europe and beyond in 2020, and what the forecast is for 2021. In addition, producers from across Europe discuss new solutions in producing and co-producing in the COVID-era.

Marge Liiske, head of Industry@Tallinn & Baltic Event commented: “Series have become just as important as films in our programme now. TV Beats Forum has always aimed to act as a meeting point of creatives in the region to provide opportunities to share their experiences, to find new partners and ideas and to attract more international productions to shoot here. For the first time at TV Beats, MIDPOINT TV Launch presents nine exciting new series from Central and Eastern Europe in addition to the five projects taking part in Script Pool TV,” she added.

Another focus of TV Beats Forum in 2020 is gender equality. Madeline Di Nonno, CEO of Geena Davis Institute, will look into the latest trends in female representation in films and TV and see where the bright spots and challenges lay. To provide local insight, producers and broadcasters from Estonia, Latvia and Lithuania look at the strides being made for women in the local film and TV industries and suggest the next steps.

TV Beats Forum has always emphasised on sharing experiences and 2020 is no different. Among this year’s highlights is the case study of Stranger Things, Netflix’s global hit that shot its fourth season in Lithuania. Gary Tuck, producer and managing director of Baltic Film Services, will share the challenges and the triumphs of the shoot. Kateryna Vyshnevska and Olesya Lukyanenko from Ukrainian production powerhouse Film.UA will shed some light to their global crime thriller Hide and Seek, forthcoming series There Will Be People, animated series Hrafn’s Academy, and new international co-productions. In addition, Estonian telecom Elisa presents their brand-new Estonian crime thriller Line of Fire.

With Industry @Tallinn & Baltic Event offering Russia in Focus in 2020, TV Beats Forum follows the lead. Russian speakers will include the team from Moscow-based 1-2-3 Production, director Evgeny Nikishov and producer Valery Fedorovich, creators of the new Russian dramatic thriller Dead Mountain –The Dyatlov Pass Incident, inspired by the mysterious disappearance of a group of hikers in 1959. Aleksey Kiselev from Art Pictures and Irina Sosnovaya, Creative Producer of Yellow Black & White, both considered to be Russia’s booming independent studios, will talk about production in Russia and share the best practices in co-production. Also they will give an insight to fresh titles from their slates including Sherlock: Russian Chronicles and Psycho.

In addition to the focus on Russia, Germany also gets a closer look during TV Beats 2020. Germany’s hottest screenwriters including Aron Lehmann (The Last Word), Thomas Stuber (Hausen) and Judit Banhazi delve into their creative processes and talk about writing exciting shows that cut through the noise during the session “Germany – serious about series”. Also, a case study of Deutschland 83 will welcome the show’s creator Jörg Winger.

The conversations and panel discussions will be led by TV Beats co-curator and host Wendy Mitchell, international film reporter Tom Grater (Deadline) and programmer and journalist Tara Karajica (Fade to Her).