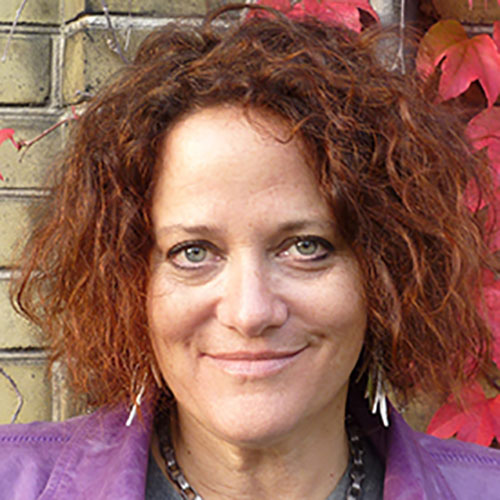 Wendy Bernfeld, Canadian in Amsterdam, is a passionate film buff specialized in content strategy, curation, acquisition, distribution,and biz dev, for and to traditional and digital media platforms, including Pay/TV, mobile and VOD/OTT. This includes ’Originals’ deals for digital-first (webseries) and cross-platform content, as well as interactive/ VR production and distribution.

Originally from Montreal, then in Europe since ’91, Wendy has over 25 years’ experience in film/Pay TV/VOD channel start-up and program buying, beginning originally as an entertainment lawyer and then crossing over to the business side in various international pay TV networks.

Prior to founding Rights Stuff in ’99, she was CEO Canal+ International Acquisitions (multi-territory, multi-platform, channel start-ups for Filmnet/Nethold/Canal+, specialized in MPAA studio ‘output’ deals and international ‘indies’. Earlier roles included M.D. Alliance-Atlantis (international distribution/ coproduction) and SVP Movie Network (Canada). She has a Juris Doctor Law Degree (L.L.B.)/J.D.) from Queens University, after B.A./& M.B.A courses at McGill and U. of Toronto. She practised law with Blake Cassels, and also Silversteins in Toronto, after being one of 10 appointees as Law Clerk to Chief Justice of the Supreme Court.

An active collaborator with CMPA (Canadian Media Producers Association) and author of their comprehensive database of international VOD buyers, Wendy is a frequent lecturer/writer on digital sector, as well as a strong supporter of the production & festival sectors including advisory boards (IDFA, Seize the Night Fest, Film Collaborative, BlockFilm.studio). Wendy was named as one of the ‘Brave Thinkers of Indie Film, 2010’ by Oscar-winner Ted Hope. She also serves on international film/VR juries. Her most recent Film Collaborative article: https://www.linkedin.com/posts/wendy-bernfeld-31847_a-practical-guide-to-distributing-your-film-activity-6666041899993964544-uqeP